If you have dove straight into Swift 4’s Codable protocol as early as Xcode 9 Beta 1, while firing up one of the latest betas (3 or later) you might have seen a warning similar to this:

The Core Graphics Framework is not open source like Swift, so it wasn’t something that we could have seen coming. Still, this is great news!

It turns out that every single CoreGraphics Geometric Data Type now conforms to Codable, namely:

Awesome! How do we take advantage of this?

If we store CGPoints/CGSizes/etc somewhere, we must now make sure to do so in the same way as the new Codable conformance expect them to.

Let’s find out how!

The easiest way would be to look at the source code, if we go to the CGPoint definition for example, this is what we’ll see:

Again, the Core Graphics Framework is not open source, so we get to see only the headers and the definitions of the public functions. This won’t help us understand how things work behind the scene, let’s try another way…

Tired of guessing new ways to uncover the mystery, I’ve decided to do things the easy way. I’ve fired up a new playground and start coding: 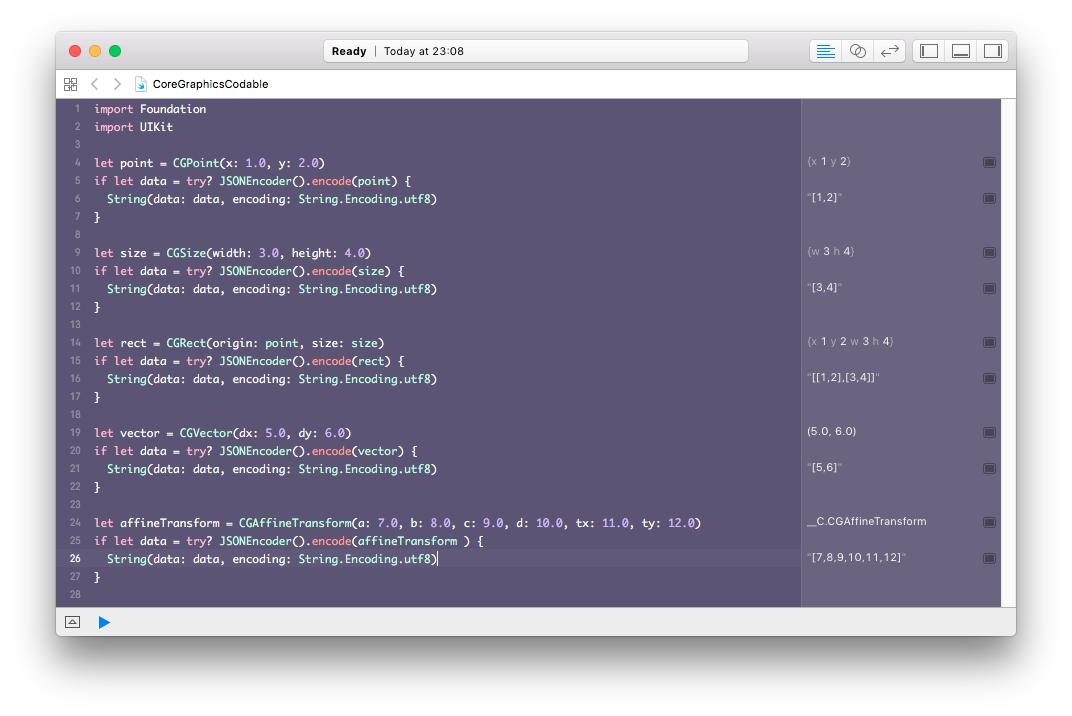 To make a quick recap, this is how you store/read the data (as seen in the Playground above):

It’s great that Apple has decided to start conforming its Frameworks Data Objects to Codable, I’m looking forward to more and more Apple’s Framework jump on the Codable wagon! (please do Core Location next?)

(2017–08–01) While my mission is now complete, Bartosz Polaczyk has pointed out that there’s an actual way to see the Codable conformance source code 🎉

It turns out that, if we look at the Swift source code, we have the complete CoreGraphics Codable conformance here!

Everything written above is still 100% true and perfectly valid, but it’s awesome to have the actual code: thank you Bartosz Polaczyk 🙌