There is also plenty of developer's quality of life improvements, particularly in the Source Editor front. I recommend giving the official release notes a read.

Everything new in this Xcode version comes in the form of new and improved documentation; here, you can find small summaries of the changes. Each section links to the official (and updated) documentation.

All padding modifiers (padding(_:_:), padding(_:), padding(_:)) have received new documentation with examples showcasing what's the difference between each modifier.

Just before each example image, the documentation warns about the modifier order, which is helpful for people just learning about SwiftUI.

At the end of each Discussion chapter, the documentation refers to all other padding modifiers alternatives, a nice touch for discoverability.

If you have ever wondered what the new scenePadding(_:) modifier is about, and what's the difference with the "old" padding modifiers, you're not alone (FB9487801). The first official word came out with a new WatchKit article after the reveal of the Apple Watch Series 7. 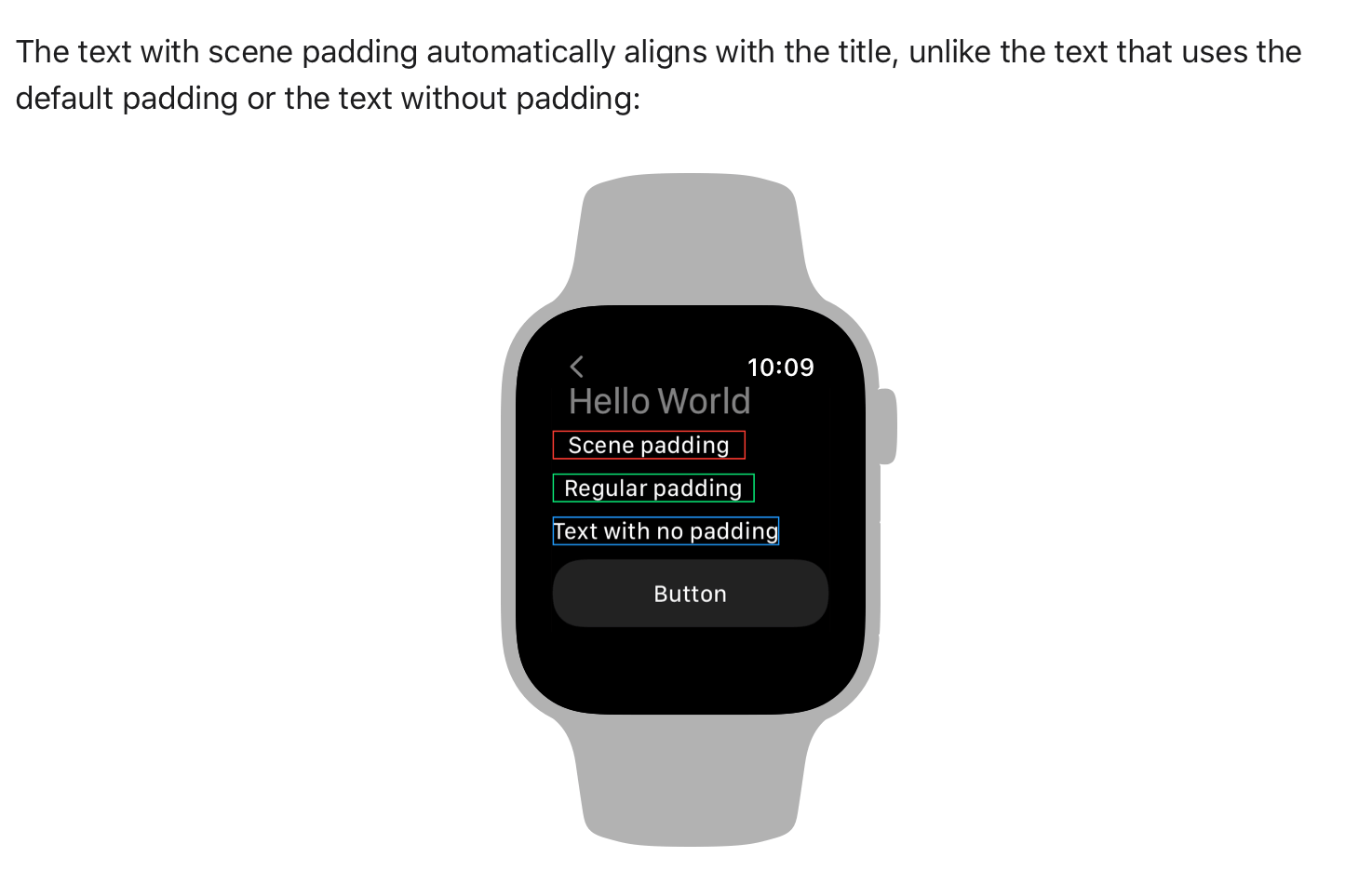 Thanks to Xcode 13.3b1, developers no longer have to find said article to discover the new modifier functionality: the new scenePadding(_:) documentation comes with a clear discussion explaining what this modifier is for.

Interestingly, as of today, this modifier behaves like other padding modifiers in all other platforms. The SwiftUI team could have made this modifier available only for WatchOS, but they chose not to.

The complete Picker and View/tag(_:) documentation has improved with more straightforward descriptions and easier-to-understand examples. I find the new documentation/examples much clearer, especially the one with a Picker with an associated optional state (found in the tag documentation).

Lastly, we have another win for clarity with the new luminanceToAlpha() documentation, which now provides an improved example and references to the homonymous effect in SVG 2's specification.

Did you find anything else interesting in Xcode 13.3 beta 1? Please let me know!